Choosing a university – and finding one that chooses you too! – can be a daunting task. With so many courses to choose from, entry levels to negotiate and league tables to study, the decision cannot be taken lightly. For those looking for a university closer to home, the choice is narrowed down – but there are still at least a dozen universities in the North West which are within commuting distance.

Finer Things takes a look at a selection of universities, and picks out the most notable facts and figures which could help you decide on which establishments to take a look at as you or a loved one opt for a place to study.

Here, we’ve placed the universities in order of their league table scores, as according to the Complete University Guide. 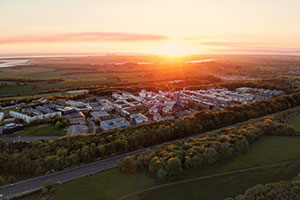 First on the list is the famous campus university which attracts students from across the globe – a third of students here are from overseas and its Teaching Excellence Framework is at gold standard. It has consistently performed well in the league tables, currently placed at No.7 in the country and gracing the Top 20 with its presence for many years – according to the Guide. A whole raft of its subjects are placed in the top 10 in their category in the country, so it’s no surprise that graduate prospects here are ranked very highly, with a score of 89 out of 100.

With a huge 40,000 students, it’s one of the largest universities in the country. The league tables show Manchester is on the up and has been for quite some time – it was ranked No.31 in the UK in 2008 and in 2020 stands proudly at No.15. Its music course is particularly fantastic – ranked No.1 in 2014 and still at No.2 in 2019 and 2020. Again, many of its subjects are in the top 10 in the UK so it’s worth checking out whether your chosen field is up there.

Along with Manchester, Liverpool is a member of the Russell Group of leading research universities and can boast being one of the original “red brick” universities. 22 years after its founding as University College, Liverpool in 1881, It became one of the nine civic universities founded in the major industrial cities of England in the 19th century. Two of its libraries are open 24 hours a day during the academic year – meaning students can really burn the candle at both ends, as long as they’re both studying ends.

With 6 faculties, 12 research centres and a focus on research and business, Manchester Metropolitan has risen up the ranks of the league table from No.98 in 2008 to No. 56 in 2020. It’s great progress from this city centre university which prides itself on its modern facilities and business links. The Business School there was recently awarded the prestigious EQUIS accreditation – a renowned international benchmark of excellence for business schools. A statement from the university said: “This important recognition moves the Business School into an elite group of schools worldwide which hold the ‘triple crown’ of accreditations – and is further testament to the School’s high standards of teaching and research, which are at the heart of its mission to transform lives, businesses and communities.”

Another league table climber, according to the Guide, Edge Hill has gone from 113th in the country in 2008 to 58th in 2020. Originally a teacher training college, education is still a huge area for the university. But with medical and nursing degrees on offer alongside accountancy and animation, the subjects on offer are really varied. So if you’re within easy reach of Ormskirk, where Edge Hill is situated, then it’s well worth checking to see if there’s a course to suit you.

Like Bolton, it came among the Top 5 UK Universities for Student Satisfaction in a Complete University Guide survey. With a history in providing women’s education (one of its founding colleges, Sisters of Notre Dame's Our Lady's Training College, was one of the UK’s first teacher training colleges which accepted women) Liverpool Hope now has three faculties: Arts and Humanities, Education, and Science. 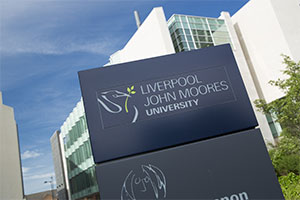 With a history stretching back nearly 200 years, there’s an emphasis on social responsibility and hard work here: perhaps why entry standards are relatively high at 141 UCAS points. Again, LJM is a university which has climbed up the clarts, hitting its peak position of No. 59 in the country last year, according to the Guide.

UCLAN as it’s better known is based just outside the centre of Preston and is within easy reach of the train and bus stations there. Its global links are well-established, with a campus in Cyprus and 120 international partnerships. 10% of students are from overseas. Its forensic science course is ranked in the top 10 of the country, and it jumped from 102nd best UK university overall to 75th place in the past year, as stated by the Guide.

Industry is at the focus of the university, with Based just outside the centre of Manchester, it has a campus at MediaCityUK, where the ITV and the BBC have bases. That’s not to say you can’t study creative arts or history though – there is a wide range of undergraduate courses and its Land & Property Management course is ranked 8th in the country.

Originally a teacher training college, the University of Chester has five campuses in Chester itself, plus sites in Warrington and Shrewsbury. It has a pretty big female to male ratio – 69% of students are female – and it has had a huge spend on facilities recently. Last year it retained its top 10 position for postgraduate studies, as defined by the Postgraduate Research Experience Survey.

This university is actually spread out across England as it has campuses in Carlisle, Lancaster, Ambleside and London. Although a relatively new university, set up in 2007, its roots are in fine arts and teaching as it incorporated schools which were set up in the 1800s. With courses as far-reaching as conservation, policing and games design, there are lots of options at Cumbria. The Stanwix Theatre makes it a favourite among performing arts students and it’s hosted the likes of Eddie Izzard and Al Murray too. 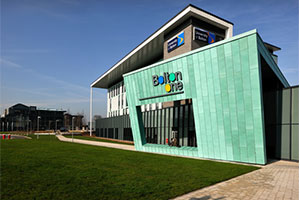 A university since 2005 with its roots in engineering going as far back as 1824, the University of Bolton has around 6,000 students. It even has a campus in the United Arab Emirates! With a silver award for Teaching Excellence Framework, and the opportunity to work towards the Bolton Award to enrich academic activities (through work experience, for example) there is plenty going on at Bolton to ensure students get the most out of their time here. And the health and wellbeing of students is paramount. From pet therapy dogs to a cognitive behavioural therapy service, there is plenty of support when it comes to mental health. Interestingly, although Bolton doesn’t top the league tables for performance, it did recently come among the Top 5 UK Universities for Student Satisfaction in a poll by The Complete University Guide.

So if you're ready to begin your university journey, or perhaps you're looking for a post-grad route, there are plenty of options in the North West for you to check out. Finer Things' advice is to do your research – don't rush into choosing a university without making sure the course is the right one for you, that you'll be able to travel there and back easily and that the facilities at the university aren't just what you want, but also what you need as you continue your education.